The McCuskers have not inculcated their own kid to step up to the plate and be a father to the child he created.

This child was created when the McCuskers allowed their 17-year-old son to "live" in their basement with his girlfriend.  Why why why???? How many parents do that?  So what a surprise-----the girlfriend became pregnant and their son was a father before his high school graduation.

We are not talking about inner-city, uneducated people .   Well, one of them anyway.  Steve has a bachelor degree from a premier college.

We are not talking about people without money......at the time the McCuskers were middle-class, because Steve had a decent job.

I cannot help but think that Liz thought that all this was a great idea.....
"Let's have our high schooler's  girlfriend move in, and let them live together in our house".   I cannot emphasize this enough:  MOST PEOPLE WITH 17-YEAR-OLDS DO NOT ENCOURAGE THEIR SEXUALITY.  The girlfriend I think was 4 years older than the McCusker boy  (21 or 22 years old versus his 17).  How can you be a parent of a 17 year old boy and not understand his urges?

Is it wise to ENCOURAGE those urges by allowing the kid to cohabit in your own home?  Where the hell was Steve on this?  In my opinion, it again is evidence that Steve will do ANYTHING to go along with Liz.

Liz McCusker, who so often talks about her "friends" from Bates College ought to realize------she's a laughing-stock.
​

My own grandchildren are step-grandkids.  But I couldn't love them more, or be more proud of what they are accomplishing....and yes, one of them was hired by a Roger Bill friend, the identity of whom would stun both the McCuskers.

Liz McCusker's weirdest moves were, to my mind, when she contacted my ex, thinking that he would somehow be an ally to her.  To quote her precisely, she said, "Please get in touch with me.  It will be to your advantage".

I guess in her world, divorce would want to make my ex-husband take "advantage" of whatever she was offering.  Which was.......what?????

We have a great family.  We own property together!!!!!  We love each other and recently had a party (not just me, but another ex-wife present)  and all we did was laugh and have a great time.

Missing from these photos:  Grandson Jake, who was hired by and works directly for a very close Roger Bill pal of Steve McCusker.  Liz McCusker would have a cow if she knew who this was. 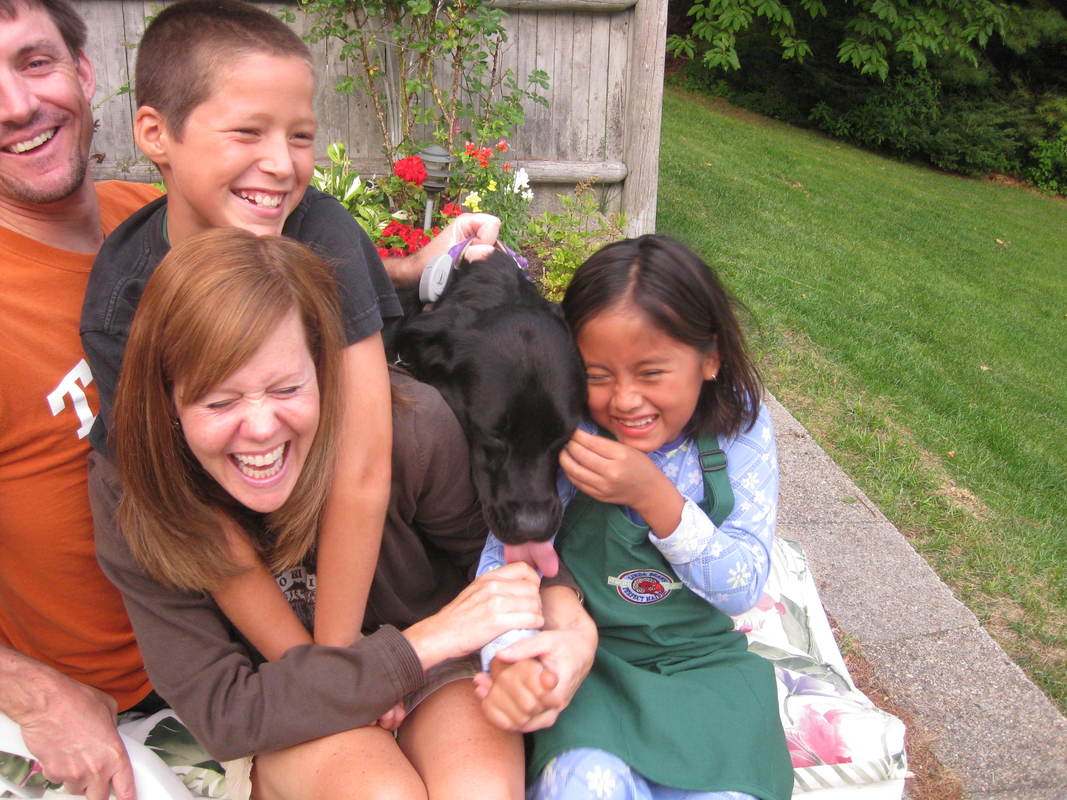 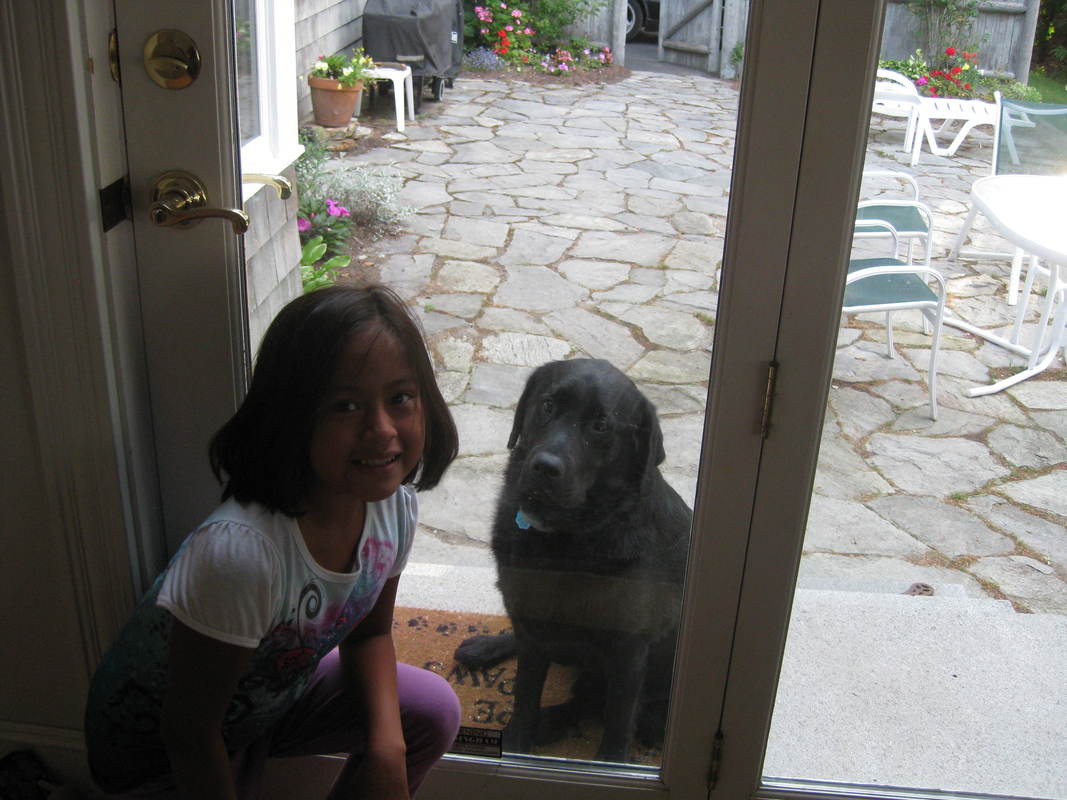 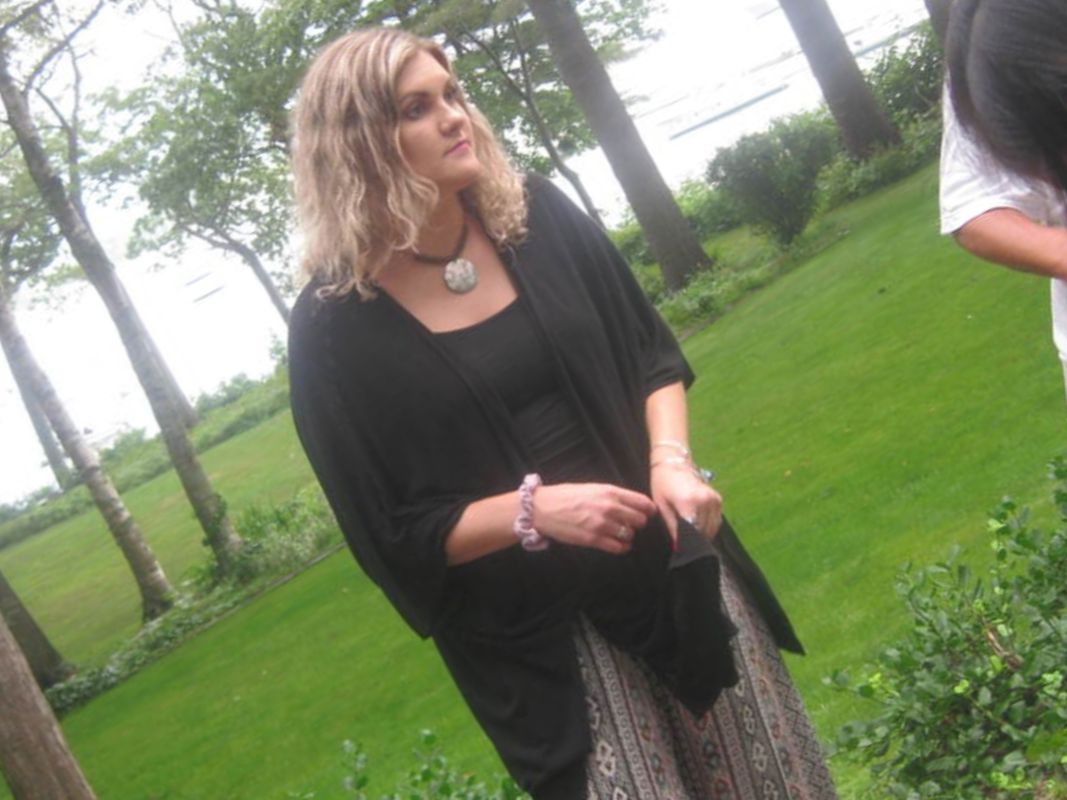 And this one wears a shirt I bought in Tokyo, which shirt was originally bought for the bored eldest grandchild (who is a well-known artist) pictured above.......some of us re-use things, instead of constantly buying new. 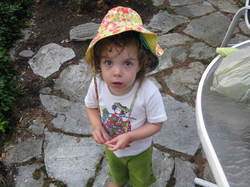 In her depositions, Liz McCusker made a big deal about how she and Steve lived with extended "family", which included the mother of her grandchild and the grandchild himself.   This grandchild was her entire rationale for "needing" a big house (6000 square feet).  Steve also made a big deal about being a grandfather during his 2004 Exam [see elsewhere on this web site for a definition of a "2004 Exam".  It does NOT mean the exam took place in that year].

So what happened?  Why does Liz have zero photos of this grandchild on her Facebook page?

In my opinion this was part of her clinging to Steve, even when he made it clear-----by moving out!!!------that he wanted to be with his mistress.  I guess Liz felt that would be the end of every contact in the McCusker family for her.  [Well, maybe it would be, given what her brother and sisters-in-law had to say about her].

My ex and I recently hosted a party together for all his extended family---including his other ex-wife (whom Liz McCusker had also tried to contact in the past, stating that it would be to that lady's advantage to contact Liz).  I helped him with a legal matter regarding his ex, also.

Here's a piece of news:  Many of us------probably most of us------maintain good relationships with our ex-spouses.  Dissolution of a marriage is not dissolution of family.

Nor is it dissolution of love.  We can love each other and respect each other----just not want to be married.