Elizabeth Ann (Caron) McCusker has recently been using a photo of herself on an airplane for the so-called "public" part of her facebook page.

We believe the photo to be at least ten years old, but that's not the point.  The point is that in one of her older postings she identified it as a photo of herself on a plane to Ireland.  That would have been 2006.

More recently, she's said it's a two-year-old photo of her on a trip to Florida.  [and if this is indeed so, I would add that her trip to Florida was taken during a time when the McCuskers were in default on their payments to me and others.  And she went to Florida????]

Because being in a seat on an airplane is not something Liz does with frequency, it seems odd to me that she would have forgotten where this photo was taken---------particularly because when she first posted it years ago, some people (her family members) who had been present at the time  mentioned to her that they recalled when it was taken.

So because she has revised history about this photo, it certainly begs the question of how much OTHER history she's revised in her life.

Marjorie Getz has often been the subject of Liz's "revised history".  Liz proves by her two conflicting facebook stories about this simple picture that she does one of the following:

For Marjorie Getz, who was defamed by Liz, this is a very significant distinction.  Was Liz McCusker simply ill and confused?
Or did/does she purposely change what was/is said to suit her own agenda? 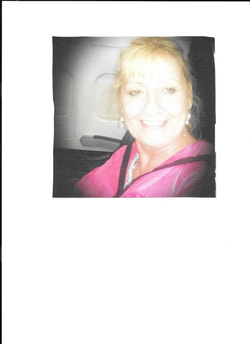